It is situated in the Cova da Iria, it is composed by the prayer, an open space that welcomes millions of pilgrims from all over the world. It’s associated with the visions of 3 children (Francisco, Jacinta and Lucia) that in the year 1917 said they had seen Our Lady for the first time. Today, it occupies an area twice the size of St. Peter’s Basilica in the Vatican.

Fatima is growing rapidly to the world… Considered the largest center of pilgrimage church of Portugal and one of the most relevant in the world, which attracts an average of 5 million people annually, is to fulfill promises or by mere curiosity.

This is why this international pilgrimage center is considered the “altar of the world”. The recent popes and especially the Pope John Paul II, made devotee of Our Lady of Fatima which in 1982 where he has gone, gave to the Shrine of Fatima a universal dimension.

The Monte da Cova da Iria, place of pastoring is today a city flourishing that grew beside the Shrine.

The site most sought, where the greatest demonstrations of faith are made, is the Chapel of the Apparitions. There are masses several times a day in different languages. Next is the “Toucheiro of Sanctuary” being burned daily hundreds of candles by pilgrims in fulfilling their promises.

It is exciting, feel the power of faith that moves thousands of pilgrims, the events, customs and the richness of the built heritage, are reasons more than enough for a long and attentive visits.

The time of the year when Fatima as the biggest concentration is during the days of pilgrimages, on 13 May (famous procession of candles) and in October, when the pilgrims fill the streets.

In local commerce prevail numerous shops of religious articles and regional added that the tourist with a huge variety of souvenirs depicting the theme. 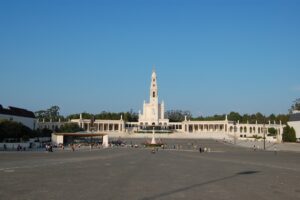 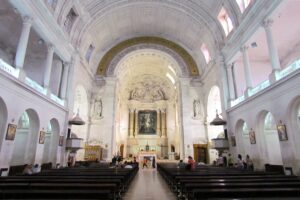 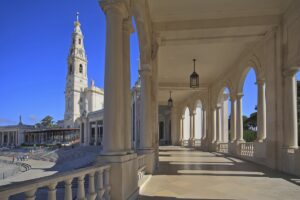 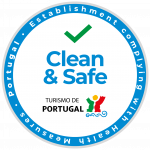